It’s no secret contractors face delays of one kind or another on virtually every project.

A delay is inexcusable if it is the contractor’s fault and not caused by the owner. The project owner has no responsibility for an inexcusable delay and a contractor cannot recover damages (either additional time or compensation).

A delay is excusable if it is caused by forces outside either party’s control. Severe weather or labor strikes are common excusable delay. A contractor is typically entitled to a contract extension but not compensation.

A delay is compensable is it is caused by the owner. A contractor is entitled to compensation and a contract extension.

Concurrent delays are caused  by both parties. Concurrent delays are typically non-compensable delays. Often when a contractor files a claim for delay damages, an owner will use the defense that the delay was concurrent. That is, the owner will claim that even if the owner had not interfered with the work the contractor would have still been delayed. If the delays are indeed concurrent, the contract may be granted a contract extension but will not be able to recover compensation.

Are Liquidated Damages allowed in Washington?

Are “No Damages for Delay” Clauses valid in Washington?

No! A “no damages for delay” is a provision in a construction contract that essentially exempts an owner from responsibility for any delays it may cause in the project. These clauses will not be upheld in Washington.

RCW 4.24.360 states that “any clause in a construction contract…which purports to waive, release, or extinguish the rights of a contractor, subcontractor, or supplier to damages or an equitable adjustment arising out of unreasonable delay in performance which delay is caused by the acts or omissions of the contractee or persons acting for the contractee is against public policy and is void and unenforceable.”

You can tell by the wording of the statute that the legislature took a firm stance against no damages for delay clauses. The courts have stood firmly behind RCW 4.24.360 and have routinely held such clauses unenforceable.

Legal Disclaimer: The information on this page does not constitute legal advice and should not be relied upon as each situation is fact specific and it is impossible to evaluate a legal problem without a comprehensive consultation and review of all the facts and documents at issue. The information on this page is solely for the purpose of legal education and is intended to only provide general information about the matters stated therein. The information on this page should not be used as a substitute for competent legal advice from a licensed attorney that practices in the subject area of the matters stated therein. No attorney-client relationship is formed without an actual agreement confirmed in writing. I am licensed only in Washington and Oregon. 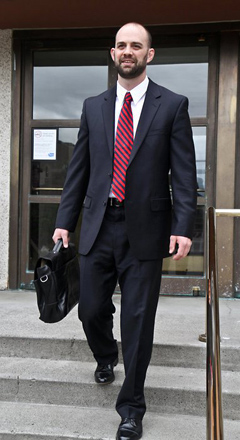 Scroll back to top
WEB & SEO